Are psychometric tests a realistic indicator of your aptitude and personality? 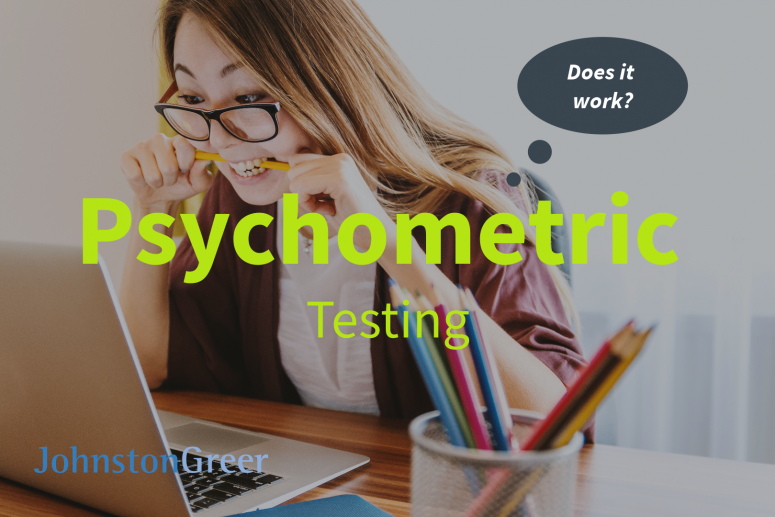 Are psychometric tests a realistic indicator of your aptitude and personality?

There are numerous tests available all measuring and analysing differing aspects of your capabilities, which are then used to determine either your fit for the company or the position you’ve applied for or perhaps even both.
The tests are usually categorised into three: aptitude, skills and personality;

Usually categorised and specific to what they aim to test. Such as numerical skills, ability to reason verbally or inductive reasoning, all of which usually have a standardised scoring system. These tests are more likely to be utilised in industries such as IT and science where one specific skill is likely to be necessary to complete the role.

These can be used to help an employer see how you learn and process new skills. Primarily done through multiple choice or open-ended questions.

This test enables employers to evaluate your suitability based on how you might tackle work and how you perceive different environments. This may be then cross-referenced with successful employees or measured against pre-determined traits necessary to work in the role.

Within each of these three sections, there is a multitude of different tests and variations used to assess your suitability. But do they truthfully measure your skills, your personality, your fit?

It has been argued that they save the recruitment headache, they are a safety net at removing problem employees before they even have the opportunity to slip through the net and into the office, costing thousands. They have the ability to see past the ‘yes sir, no sir, three bags full sir’ candidates telling you what you want to hear only to get into the office and realise there were no bags full to begin with.

But can you blag your way through these tests as you can your interview?
Are they legitimate, when you can easily lie and manipulate answers to what you believe the interviewer wants to hear? There is certainly no conclusive evidence to their validity of accurately measuring a cultural fit for a role.

However, the tests are not often used solely as a determination for fit, psychometric testing is usually used alongside a range of interview techniques, either in between interviews or before them. It’s been found that to use them alongside interviews can sometimes bring up discrepancies from what’s been said in initial interviews. Offering a point of topic and conversation for further discussion behind candidates thinking and rationale.

Although, when using them, remembering that humans are complex is probably the best way to avoid limiting a potentially great talent pool, based upon the judgement of how an individual would react or behave in a hypothetical situation.

We gave it a try

After reading and researching psychometric tests, our team decided to attempt some of the free online personality tests as an experiment to find if there were any similarities or whether the results rang true.

Using the 16 personalities test, which calculates whether your:

We found that all the sales staff within the team were extraverted judgers, with two members having the exact same combination and the rest of the team being the same with one letter of difference. Although we did find it all interestingly accurate, there is an incredible lack of variables or number tests that make it worth putting any stock into.

Overall, it is perhaps fair to say to an extent it could be useful for skilled tests, but again, variables such as interview stress and nerves should be taken into consideration. As for personality and aptitude tests, if they’re to be used, based on extensive evidence it’s probably safe to say it would be limiting if they were the main deciding factor throughout the process.