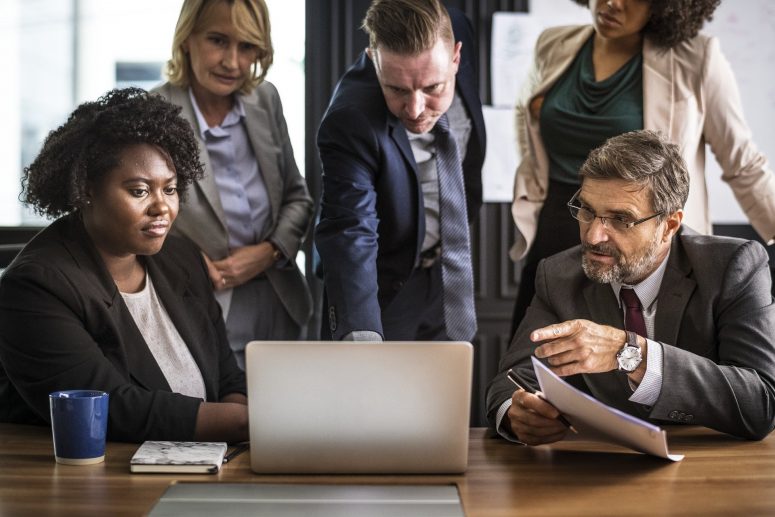 Different Generations in the Workplace

The four generations that are generally used to define each age are:

At one end of the spectrum, there is the baby boomer generation who grew up post World War II, this generation is thought to be loyal and very work-centric with a generalised view that facetime in the office is what equates to success and commitment.

Generation X is considered to place more value on the work-life balance but is considered ambitious and very hard-working in their roles.

Generation Y/Millennials, the last generation to grow up both with and without technology. Perhaps the most discussed generation with a reputation for being lazy.

Generation Z/Generation 2020, possibly just entering the workforce, this group have always grown up and known technology and the use of the internet for nearly everything.

So how can they work together?

The differences between all these generations are often thought to be dramatic and difficult to manage. With each one perhaps being guilty of believing that everyone outside of their own generation is inferior or incapable in some way.

One of the main documented clashes found in most workplaces is Millennials, arriving with new ideas, new technology and a lot of change and the Boomer/Gen X disagreeing, believing the existing approach was best, with a ‘don’t fix what isn’t broken’ mentality. It can be difficult for both individuals to manage and feel heard as both believe they are often right.

Some research into the differences has suggested that the ‘butting of heads’ is both generational and relative to the stage of the person’s life. A millennial is at the beginning of their career, their ambitious, have new ideas and keen to learn, whereas Gen X and Boomers are in the later stages of their career, perhaps supporting a family and a home. The difference in priorities, values and goals are often rather contrasting.

So, how do you cater to both, where each party want different things and believe their own methods are best? One argument suggests that just asking what each individual want is the answer.

One example found that older generations don’t want to feel redundant, that they’re perhaps replaceable, whereas the younger just want to be heard, that their efforts and creativity aren’t wasted in a role. This is a somewhat simplified view to sum up the wants and needs of many individuals, all with contrasting situations and variables in their own right. But, perhaps asking is a step in the right direction to understanding.

Finding a means to identify and agree that different skills and traits singular to each age group can bring fresh perspectives to work and different projects.

So, should we all aim to bridge the gap by offering feedback? Removing some of the harsh and perhaps unfair stereotypes of each generation and instead asking merely what it is they want from their workplace? Could it be that simple?

In our office, we have found that millennials, stereotyped as being bad spellers, relying on spell checkers and constantly using abbreviations and words as if they were texting, find that indeed those in Generation X are better and helpful in offering a ‘second pair of eyes’. Finding grammatical mistakes and errors often missed due to the millennial (my) need to quickly convey messages through WhatsApp as fast as thumbs will allow, waving goodbye to the timely use of a full stop and comma.