Are experienced IFA’s a dying breed? 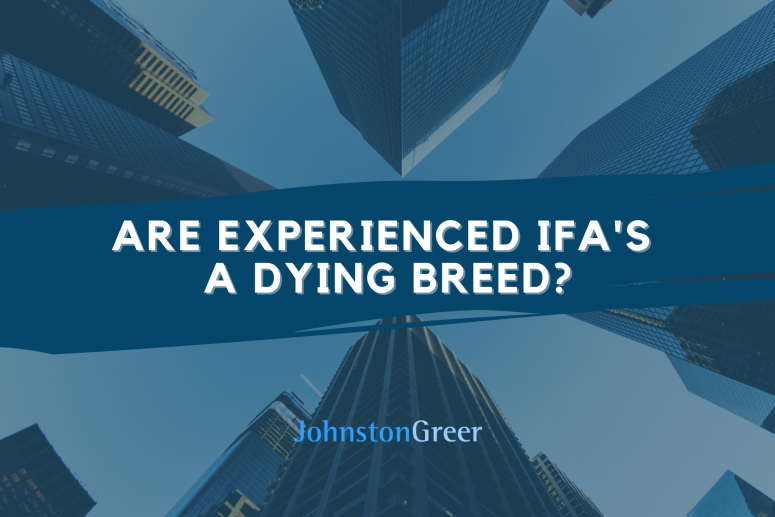 One third of the total of registered CF30’s is expected to retire in the next five years and businesses are losing experienced employees at a rapid rate with visible struggles to replace them.

To fill the gap, financial advice firms, need to look past the ease of hiring like for like and and look to younger generations with fresh perspectives and an eagerness to learn. So how do you attract a younger, keen workforce? How do you ensure its diversity?  And how do you ensure that the pool of CF30’s expands and doesn’t shrink to near extinction?

We’ve decided to consider the history of beginning a career in financial advice, back before computers, where the step on the ladder to becoming a financial advisor was available through a multitude of avenues and contrast it with now.

Back then, most IFA’S probably started as a direct salesperson, a home services provider or through the banks, as a trainee. The opportunities and routes were plentiful and so was the desire and motivation.

One of the most notable differences is the way in. The opportunities for direct sales and service providers don’t exist, banks don’t offer training for advisors, relying instead on AI, not people.

So, how do younger IFA’s get their foot in the door? Where is the step in the ladder for them?

Ultimately more limited, but the openings are there, including through St James Place Practice who will pay you through your qualifications, but offer a lower fee salary and after a year any income is commission-based. Another means is to begin as an IFA administrator and work your way through the ranks to becoming a financial adviser. The second perhaps a little lengthier and perhaps more difficult to ‘get your foot in the door’ initially.

Obviously, the avenues are there, although in comparison to ten years ago perhaps few and far between.

What are other factors influencing the decision of this career path?

It’s considered there are various reasons why younger generations no longer see financial advice as a coveted career path. Firstly, this is a generation that grew up during and lived through the financial crash. The effects of which are still continually being felt, the uncertainty of the industry is still considered quite pervasive for this generation.

Then you have the introduction and rapid growth of tech start-ups that permeate all industries. Tech start-ups are appealing, lucrative and offer a new and modern management style with a serious focus on office culture and the work-life balance. They also don’t require the challenge of own business and client creation for a novice in the industry. They ultimately appeal and meet the demands of a millennial employee.

There are also other factors to consider: diversity and gender representation in the industry. There is a challenge to not only aim to employ younger advisors and train them but to ensure gender diversification. Data from the FCA Register shows only 1/3rd of CF30’s are female. Companies are cutting their prospective talent pool in half by not hiring younger, eager, gender diversified staff within their ranks. And it needs to be addressed if almost a 1/3rd of advisors are expected to retire within five years.

So, how do you attract the younger talent pool?

There needs to be change, there needs to be an attraction and motivation for younger staff to want to come in and develop their career in advice. No longer can the gap and the decline be ignored.

Larger financial organisations that have started to open their eyes to the issue and have taken measures and changes to address it. By realising the differences of a younger demographic, they have re-addressed management styles, offered a considerable salary rise and modernised working practices to attract individuals to financial advice.

A change in perspective of firms with most of their staff in the older age bracket is an opportunity to employ younger impressionable individuals and train and mould them into the industry. This offers a transition for soon to be retirees and a chance for younger staff to take care of clients and build their own base.

Even if the option for increasing starting salaries is not available, offering flexible working patterns, training, development and the ability to take financial qualifications are all attractive factors for this talent pool. Employing the younger demographic can be motivation within itself: diversity encourages diversity.

Studies have shown that a cross-over between both generations offers a learning opportunity for both parties with the by-product being a higher profit turnover.

Overall, there are a lot of varying factors and some more easy to overcome than others. It really is up to IFA’s and executives in senior positions to incite change and realise the potential and even necessity of hiring a younger, diverse demographic.