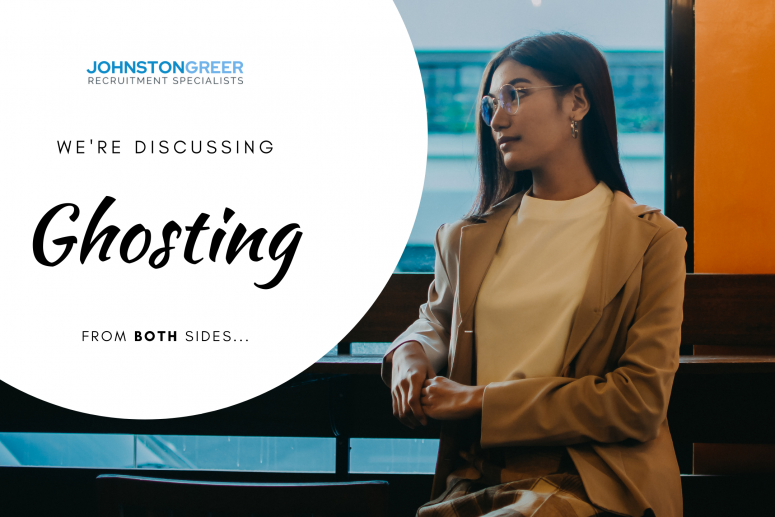 A term usually prevalent in the millennial dating scene, where communication is primarily digital and either one of the individuals is left ignored, ‘on unread’ and never to be spoken to again. More and more though the reality of ghosting is creeping into the working environment, between both employees and employers.

How does an employer ghost a potential employee? Have you ever been to an interview or had a phone interview where you’ve spent hours and days preparing to impress for a prospective job opportunity? And then after the event, you get no feedback! You’re left spending your time refreshing your emails to find nothing, no phone call, no email, no contact.

It’s been argued that although ghosting is a relatively modern term, the act of just disappearing without contact is something that companies have been doing to prospective employees for years. You go to the interview and your interviewers tell you that they’ll let you know at the end of the week when they’ve made their decision, and you hear nothing. You’re left waiting, no closure… Safely assuming you weren’t successful and thinking it would’ve taken two seconds to write an email to that effect.

And in some ironic twist, it is now increasingly documented that prospective employees are ghosting companies. An example would be arranging an interview for a role and then simply not going for the interview. It costs the company time and money and the position then stays active even longer. Or instead, perhaps acing all the interviews, appearing keen and motivated, then on their start date, it’s a no show with no explanation. Just going ‘off-grid’.  Which is perhaps even more costly to the company at this stage, because it means going back to the drawing board.

And then there is the ghosting of not only a new job and prospective employer, but the ghosting of a recruitment agency.  The consultant who has worked tirelessly to organise the whole thing, aided in selling you as a great candidate to the company has now to go back and explain to their client that they’ve been ghosted too. On the other side of the coin, using a recruitment agency is one of the best ways to ensure you’re not ghosted as a candidate, with a constant line of communication always open.

It’s an interesting argument and one that works both ways, from a recruitment company point of view think it’s important to take the time to tell an individual whether they’ve been successful or not, just as a candidate should email and update whether they want to attend interviews/actually take the job.  It hurts both the company and employee when neither chooses to contact each other and it reflects on the individual and vice versa to the company values and culture.